Just like Apple or any other company, a sports team is a business, and they have to work hard to stay competitive.

Today, top athletes earn millions of dollars annually, and the most prominent sports teams have hundreds of millions of fans all over the globe. We live in the internet age, where everything is available to the user with a few clicks. If you take a look at teams with enormous fan bases, you might think they don’t have to try hard to engage their fans. To an extent, that’s correct – sports fans are the most loyal customers in any industry. However, that doesn’t mean that those teams don’t have to create buzz around themselves to keep the fans excited. Just like Apple or any other company, a sports team is a business, and they have to work hard to stay competitive.

Fortunately, the digital world gives the opportunity to smaller local teams to stand out and quickly increase their fan base exponentially. Let’s have a look at ways to create buzz and get your fan base excited about your team:

Use Your Strengths and Team Events
Bring your ‘A’ game to the table and use everything you can to create buzz. For example, engaging fans through sharing important team news is a sure way to victory. Signed a new player?  Make sure your fans know it! Contract extensions, big match announcements, all of those can be a chance to get fans involved. Don’t wait for them to gather news they’re hungry for – feed it to them, and they’ll be more engaged.

Take Advantage of Video Content
Recent studies suggest that we read less every year, especially online. We don’t have the time to sit down and get every bit of information. We catch up with recent events during idle times such as commuting. That’s why video content is on the rise – it requires little effort, and provides more information in the same amount of time. Studies also show that video is far more engaging and more natural to consume than any other type of content. It gives you a perfect opportunity to increase fan engagement and deliver content that’s easy for them to absorb.

Engage Fans via Polls
Polls can be a great way to engage your fan base if you implement them right. For example, you can engage the fans before an important match and ask how they think the game will end. You could even organize contests and reward those who guessed correctly. Poll them to find out what they think who the best player in the most recent game was, and give them the opportunity to see the results and discuss them.

A Helping Hand is Always Welcome
With Fanisko Engage, your team will get all these functionalities and more. Our SDK integration platform helps teams engage fans through video content, polls, fan contests, as well as AI, Mixed and Augmented reality. It’s intuitive, easy and exciting for fans to use. And its beneficial for the teams that experience higher engagement and increased session times.

Via Fanisko, you can easily keep your fans engaged and excited about your team. Don’t hesitate to visit our website for more information about our platform.

When it comes to fan engagement, sports leagues need to find new and innovative ways to connect with their supporters or risk becoming obsolete. With that said, here are some strategies used by famous sports clubs in their attempt at generating more fan engagement. 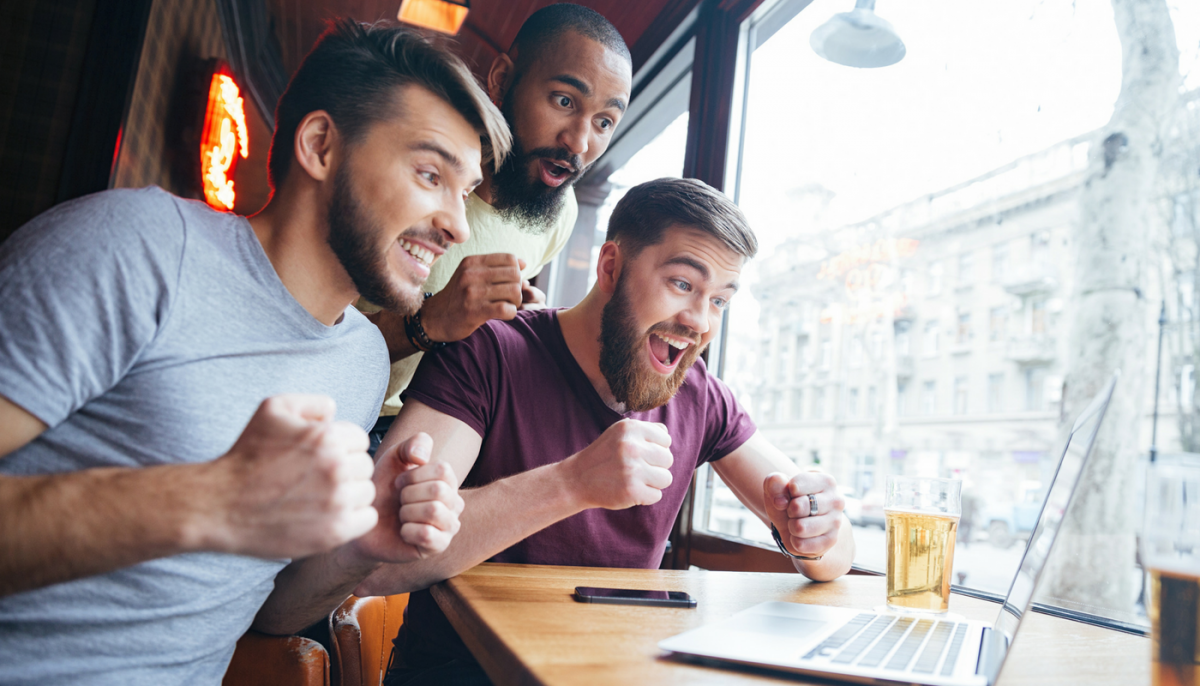 Sports entertainment is a multi-billion-dollar industry that’s going through a severe disruption at the moment. Now, the entire world, be it in business or otherwise, is going through a vast transformation, facilitated in large part by new digital technologies. What some may call it the 4th Industrial Revolution; others see it as an incredible opportunity.

When it comes to fan engagement, sports leagues need to find new and innovative ways to connect with their supporters or risk becoming obsolete. With that said, here are some strategies used by famous sports clubs in their attempt at generating more fan engagement.

Even as far back as 2014, 83% of sports fans were regularly checking their mobile phones while attending a live sporting event. As expected, this number has not shrunk over the following years, with various sports teams even taking it a step further.

The Denver Broncos of the NFL, for instance, has recently undertaken a $6 million renovation of their stadium to provide free Wi-Fi to everyone present at the event. It is by no means the only way sports leagues are addressing the issue. The Seattle Seahawks, on the other hand, have a team mobile app that provides fans with in-game stats and video, as well as the possibility to order food, drinks, and merchandise directly to their seat.

Digital technologies enable sports teams to develop their fan base abroad. The trend, however, means that most of these international fans will never have the possibility or opportunity to attend any of their matches. Interestingly enough, however, the CEO of English soccer team Aston Villa, Keith Wyness, has said in an interview at the Telegraph Business of Sport in 2017, that sports teams are not that far away from selling Virtual Reality season tickets.

These tickets initially will be sold to fans from other countries as a means of replicating the matchday experience without actually cannibalizing on the real ticket opportunity. If this trend continues, the expectation is that sports clubs will scale down their stadium sizes, focusing more on luxury areas and amenities.

Augmented reality (AR), is yet another area where sports leagues are turning for more fan engagement. In September 2017, the MLB has announced its new AR app called ‘At Bat.’ With it, baseball fans in the stadium can point their mobile devices at the field and receive all sorts of information such as player profiles, arm strength, catch probability, base percentage, batting averages, as well as the speed and trajectory of every single hit.

In short, mobility and convenience are the two main elements that drive the strategies employed by famous sports clubs to engage with their fans. The key to success in this changing environment is to pick up on trends as they form and apply new technologies for better engagement.