Even teams with no television deal can and do stream their games to fans who can’t get to the rink. 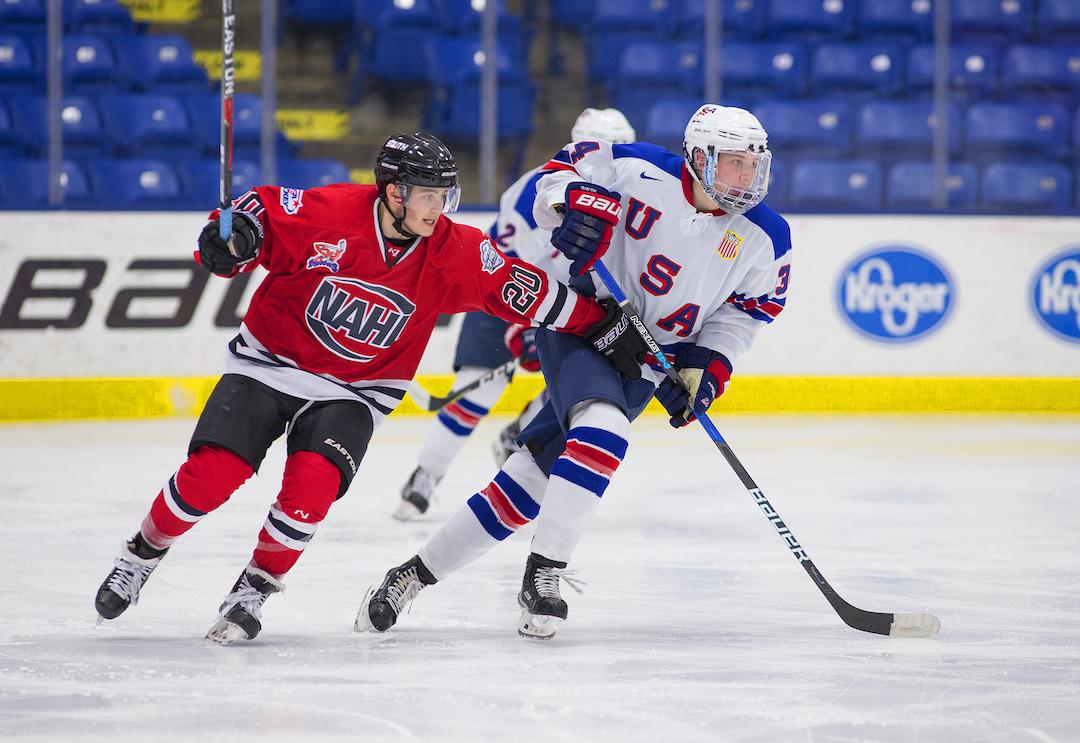 Hockey tickets aren’t cheap. Thanks to multiple viewing platforms, ways to watch aren’t limited to the turnstile and the TV. Even teams with no television deal can and do stream their games to fans who can’t get to the rink.

Still, the rink remains where the experience lives. There is no better way to watch a hockey game than to be there live — to hear bodies hit the boards and the echoing crack of a slap shot, to follow the play away from the puck, or simply to watch the placid turns of the Zamboni between periods. But there are more convenient ways.

For hockey organizations, good — or perhaps in this case, good enough — is truly the enemy of best.

How, then, to put a little distance between the two?

B. Joseph Pine coined the phrase “experience economy” in 1998, later expanding on it in a book subtitled “Work is Theater & Every Business a Stage.” Nowhere is that truer than in sports.

Offer fans something their peers can’t access. That notion has worked from box seats to suites back down to seats behind the bench. Fans want the “inside” experience, and that includes glimpses at dressing rooms, open seating for pregame skates or practice sessions, even seeing where the Zamboni parks. Every doorway a fan can’t normally go through is an opportunity. See your arena through unjaded eyes. Where those eyes land are opportunities.

Get the kids involved. Not only are you bringing in a future generation of fans, you’re infusing your arena with a child’s enthusiasm and energy. If you can get the little fans’ attention, you’ll leave the big fans smiling.

Put the Social in Media

While you’re at it, make sure your fans can stay connected when they’re in your arena. You don’t want your fans to see a spinning wheel on their smartphones when they’re trying to brag to their friends about the awesome time they’re having at your game. They are unwitting ambassadors for your brand — make sure they can sell.

Marketers call it “surprise and delight,” but it’s really being a good host. Sure, it’s an upgraded seat here and there, or a free hotdog, but it’s also a recognizable face from the organization stopping by the cheap seats to say, “Thanks for coming.” It’s an usher making sure the cotton candy vendor gets down the aisle where the kids are sitting.

It isn’t always about coming up with new technology or otherwise re-inventing the wheel. Sometimes it’s just a matter of looking around the arena and seeing opportunities.

The American Hockey League’s Charlotte Checkers have more than a dozen Fan Experience Programs, all tied to minimum ticket purchases, that further separate the in-arena experience from watching at home. Some of those include:

• Drop the Puck. Yes, it’s ceremonial. Better for the shins.
• Penalty Box Experience. Up to eight fans can watch pregame warmups from the sin bin.
• Fan Tunnel. High-five the players as they take the ice.
• Ride the Zamboni. You know you want to.
• Starter of the Game. Stand on the ice, beside the players during introductions and the national anthem.

Do you think one player a night would be willing to show a select group of fans how he tapes a stick 90 minutes before a game? Maybe your equipment manager could find a few minutes to give a skate-sharpening demo. How about letting fans load up the puck freezer?

The idea is … there are no bad ideas. To those people who are around the game every day, some of these things may seem mundane. But to the fan who wants the “authentic experience,” these glimpses, limited to a select few, have value — value that hockey organizations would be foolish to squander.

Author bio: AJ Lee is Marketing Coordinator for Pro Stock Hockey, an online resource for pro stock hockey gear. He was born and raised in the southwest suburbs of Chicago, and has been a huge Blackhawks fan his entire life. AJ picked up his first hockey stick at age 3, and hasn’t put it down yet.

Boosting fan engagement is a crucial first lesson you should learn to keep your team fan base growing. Here are our four tips to encourage fan engagement: 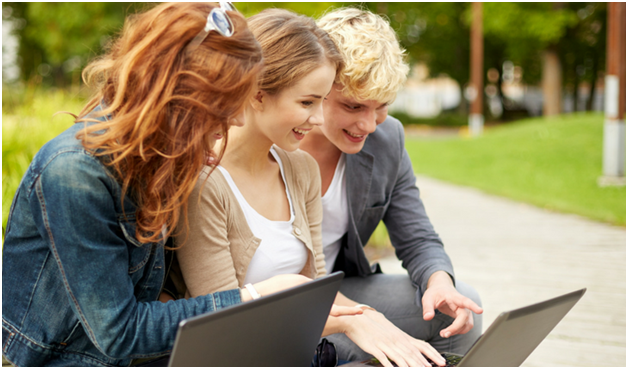 Once you realize how vital fan engagement is, you’re only starting your journey of elevating your team to stardom. You still need to learn the ins and outs of fan engagement and find the right platform that can help you achieve your goals. Boosting fan engagement is a crucial first lesson you should learn to keep your team fan base growing. Here are our four tips to encourage fan engagement:

Be Present Throughout the Year

During the off-season, you likely won’t have as much involvement as you would while games are being played regularly. Still, that doesn’t mean you should stop trying to communicate with your fans. There are ways to keep engagement levels high even during the off-season, especially with the most passionate fans that enjoy next season speculation and rumors.

Make sure that you’re fighting short attention spans by reminding your fans that there’s life in the off-season, too! Engage them with highlights from the last season, polls about the best players, matches, and keep the discussion alive. Get them pumped and excited for the upcoming season.

Make the Most out of Team Announcements

Even if your team’s not playing a big match or you don’t have any significant news to announce, you can still keep fans engaged. A training session could be extremely interesting for your fans if you know how to create buzz around it. The players could perform a unique challenge in their off time, or pull off a neat skill trick or two that will get the fans talking about it.

Of course, new signings and announcements are equally essential to take advantage of, both during the season and during the break. Make sure to create buzz around upcoming big matches, ask for predictions, and show your fans that their opinion is valued. You’ll be surprised by the increase in the engagement.

Make Your Fans a Family

Most successful teams are the ones where fans feel like family. Striving to create a friendly, family atmosphere around the club is much easier when fans are engaged and passionate about the team. Even the smallest local groups can have their die-hard supporters who are there because they feel valued and essential.

By engaging with fans through team engagement platforms, you show that you want them to create a strong bond with the team. That’s something people find invaluable, and that kind of devotion isn’t only reserved for the biggest clubs in the game.

A Fan Engagement Platform that Does the Job

All this sounds great, but not all fan engagement platforms out there can deliver the results. With Fanisko Engage, our SDK integration platform, your team will get a multitude of ways to engage fans effectively and boost engagement. If you already have a team app, our platform will enhance it, using AI, Mixed and Augmented reality, polls, video content and much more. It also provides data analytics that helps you figure out what boosts your engagement most and how.

Visit our website for more information about how our fan engagement platform can become your perfect ally in making your fan base more significant and your team more relevant.

It’s difficult to lose fans in the sports industry, but you’re certainly not taking advantage of a tremendous growth opportunity if you’re failing to engage your fans.

Even the biggest football clubs in the world must engage their fans via social networks or by organizing fan days. It’s difficult to lose fans in the sports industry, but you’re certainly not taking advantage of a tremendous growth opportunity if you’re failing to engage your fans.

To stay relevant, you have to make an impact in the engagement game as much as you have to do it on the field. Your biggest ally could be an excellent fan engagement platform, so let’s have a look at the reasons why you need one:

Communication with your fans via modern communication channels such as social networks is crucial for engagement. However, social media isn’t the only place where you can engage fans. With a fan engagement platform, you don’t have to worry about maintaining a social media presence for your team on every social network there is. That can be time-consuming and not yield enough return.

You’re in the driver’s seat, so lead the conversation and be innovative. Fan engagement platforms are on the rise, and might soon become the fan-preferred way of communicating with their favorite teams, especially if they let them express their passion for the team.

As modern technologies are becoming more widespread, fighting for attention gets harder. Everyone can send their message into the internet ether, and consumers can’t pay attention to them all. Even the biggest teams in the most profitable sports can struggle to get people to follow them online.

That’s because no matter how big you are or how many fans you have out there, you still have to make it worth it for the fans to follow you. To do that, create content that fans find interesting, use video, ask for their opinion, and above all, aim to include fans into everything the club does, so they’ll feel like a part of it.

With a fan engagement platform, everything you do can be measured. You can see how many people engaged with your content – for example, whether they preferred a video announcement or a fan contest. Analytics is the most important thing for determining how successful your engagement strategies are, and whether they need changes. Not every team will be able to utilize the same tips and tricks – what works for an industry giant might not work out so well for a smaller group. That’s why it’s imperative to make informed decisions based on real hard data and not assumptions.

How Fanisko Engage Can Help

With Fanisko Engage, your team gets a fan engagement platform that can answer your needs and stand the test of time. Engaging your fans throughout the year is not an easy task, especially in the off-season, but fan engagement platforms such as Fanisko Engage certainly make them more manageable by offering the options you need to keep interest alive.

For more information, please visit our website to find out exactly how Fanisko Engage can make your fan engagement hopes a reality.